The history of Preikestolen, Norway

Preikestolen, also known as Pulpit Rock, is a massive granite cliff located in the Lysefjorden region of Norway. Standing at a height of over 600 meters (2,000 feet), Preikestolen offers stunning views of the fjord and the surrounding landscape. But the history of Preikestolen is just as interesting as its natural beauty.

Preikestolen has been a popular tourist destination for over a century. The first recorded ascent to the top of the cliff was made by a local farmer in the late 1800s, and in the early 1900s, the area was developed as a tourist destination. The first cabin was built at the base of the cliff in 1927, and in the following decades, the area saw a surge in tourism as more and more people visited to experience the beauty of the cliff.

In the 1980s, the Norwegian Trekking Association began working to develop the area as a hiking destination. They built a series of trails that led to the top of the cliff, making it easier for visitors to experience the breathtaking views. In the following decades, Preikestolen became one of the most popular hiking destinations in Norway, attracting thousands of visitors each year.

In recent years, Preikestolen has gained international fame as a popular destination for outdoor enthusiasts. The cliff has been featured in a number of travel publications and has been visited by celebrities and politicians from around the world. In 2017, Preikestolen was named one of the world’s most beautiful hiking trails by National Geographic, further increasing its popularity as a tourist destination.

The best way to experience Preikestolen is with a fjord cruise – get in touch to plan your visit!

Why spend your next holiday on a Fjord Cruise in Lysefjord?

If you're looking for a unique and breathtaking holiday destination, look no further than a fjord cruise in Lysefjorden, Norway. Located in the southwestern region of the country, Lysefjorden is home to some of the most stunning natural landmarks in the world, as well... 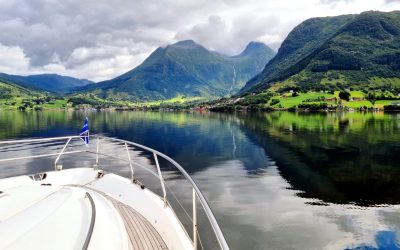 8 locations and activities you don´t want to miss in Lysefjord, Norway

Lysefjord, located in the southwestern region of Norway, is a stunning destination for a yacht cruise. With its deep blue waters and towering cliff walls, the fjord offers a unique and breathtaking experience. If you're planning a yacht trip in Lysefjorden, here are... 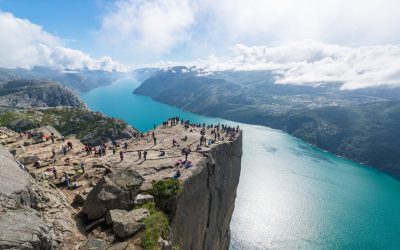 Fjord Cruise Lysefjord – Are you ready to experience true Norway?

If you're looking for a unique and breathtaking holiday destination, look no further than a fjord cruise in Lysefjorden, Norway. Located in the southwestern region of the country, Lysefjorden is home to some of the most stunning natural landmarks in the world, as well...